Typically in business when a new person joins the team there is an emphasis on providing them with a solid introduction. The onboarding process is considered critical for preparing those new to succeed and thrive and rightly so, yet what priority is given to ensuring a positive experience and support is given to the person when they leave? Sadly, beyond conducting an exit interview and completing the formal administrative tasks, the expectations and standards for managing the humanistic side are often not discussed or are non-existent.

There is often some level of inconvenience associated with the voluntary departure of a valued team member, for you as a leader and for the remaining team members. So how do you put aside your impulse towards disappointment or frustration and keep yourself and the team positive and future focused?

Legend has it that a senior leader at an iconic Australian company had a habit of not speaking with a departing member of his team for about 12 months after they left. When I heard this I wondered how he thinks about people leaving the team that has him expressing his disappointment or disapproval in this way.  What does he make it mean about himself and about the departing person?

My thinking always came back to the expectations you hold as a leader about your contribution and responsibility for developing your people. Surely if you expect people will thrive under your leadership (and how could they not, because let’s face it you’re good) and they open up to brighter opportunities, then you will more likely handle the situation by being supportive of their decisions to leave. On the other hand if you expect that people will stay until you as their leader has some kind of say in their departure then you are more likely to frame their leaving as disloyalty, disappointing or personal.

The attention of the team is focused on you as a role model for handling a person’s departure and the subtext is how you respond to people’s quest for self-directed career and life progression.  In my experience of coaching leaders, when you develop a genuine desire for your people to expand beyond their current experience even if that means leaving the team, this engenders the greatest respect and loyalty. Both from the departing employee (who may opt to come back to the organization or team in a different capacity in the future) and from the other members of the team.  This has also helped stabilize the team and prevented a potential domino-style effect of departures that sometimes occurs when the team perceives a colleague’s departure was handled poorly.

Making a commitment to yourself to send people on their way knowing their contribution to the team is valued and backing their decision for a career change is something you will come to be known for.  There is a grace and finesse to this that won’t go unnoticed. It’s often what seem like the little things in leadership that have the most impact on how you make others feel and what you come to be admired for. 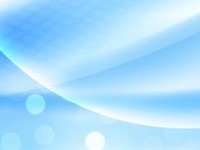